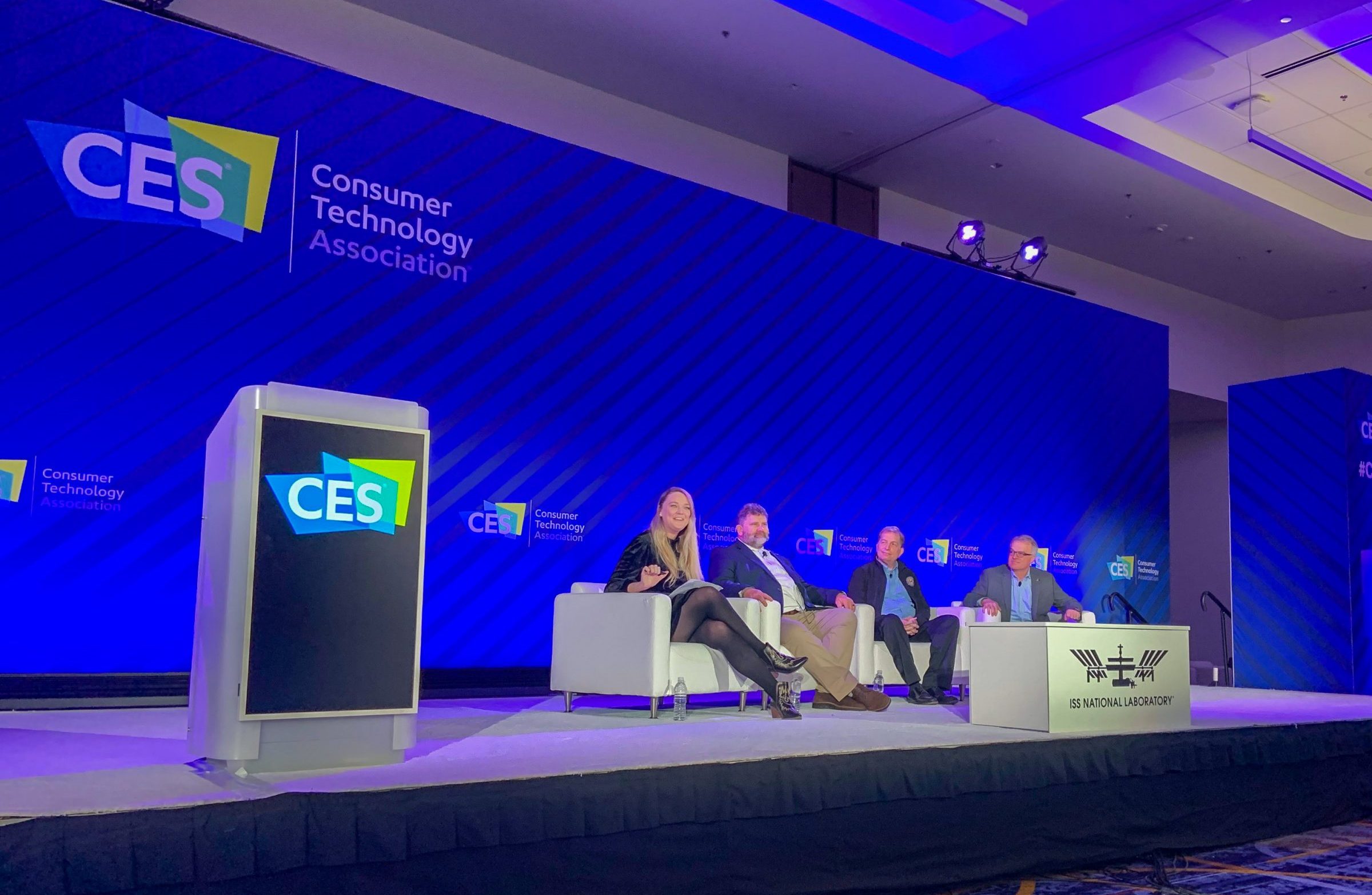 Redwire Chief Scientist Dr. Ken Savin joined industry experts and NASA astronauts for a panel to discuss the ground-breaking science on the ISS during CES.

Dr. Savin highlighted the many facilities either owned or operated by Redwire on the ISS. These facilities are being used by researchers for experiments focused on furthering biomedical capabilities, advanced materials manufacturing, and plant biology, demonstrating the breadth of Redwire’s on-orbit capabilities to accelerate more scientific discovery and deliver more beneficial products to Earth.

The session also included a live downlink from the ISS, where NASA astronauts Nicole Mann and Frank Rubio discussed living in space and the important science happening on the orbiting laboratory. Mann and Rubio highlighted three of the many Redwire technologies being used to conduct breakthrough research on the ISS.

Redwire’s BioFabrication Facility (BFF), a bioprinter that 3D prints human cells in space to fabricate complex tissue structures, was highlighted as an example of the game-changing research conducted on ISS that could have huge impacts on the future of human health. An updated version of BFF was recently launched to ISS to become a permanent fixture to the orbiting laboratory and for the upcoming BFF-Meniscus-2 investigation. Alongside the Uniformed Services University of the Health Sciences Center for Biotechnology, Redwire is leveraging BFF and the ADvanced Space Experiment Processor facility to bioprint a human knee meniscus in space that will be studied in a lab following the sample’s return to Earth.

Alongside other plant science investigations, Mann mentioned the Plant Habitat-03 investigation, which is being conducted using the Advanced Plant Habitat, an automated plant growth facility managed by Redwire. Led by researchers at the University of Florida, Plant Habitat-03 studies plant genomics to develop new strategies to adapting crops and other economically important plants for growth in marginal and reclaimed habitats on Earth.

Rubio discussed his experience installing the latest pair of ISS Roll-Out Solar Arrays (iROSA) in a pair of spacewalks with fellow NASA astronaut Josh Cassada, highlighting how this technology is a next-generation capability for the industry. Redwire’s ROSA technology uses large, flexible solar arrays with flexible composite booms that are rolled up for storage, launch, and delivery and when installed, each iROSA unit unrolls without the need for motors or other equipment. As of 2022, two pairs of arrays operate on station, with a total of six arrays planned for installation. The iROSAs will increase power generation capability by up to 30%, making them some of the most powerful arrays ever built, and increasing the station’s total available power from 160 kilowatts to up to 215 kilowatts.

CES was an exciting opportunity for Redwire to highlight the pioneering research happening on the ISS and the future opportunities for federal, industrial, and institutional researchers to advance scientific discovery to improve life on Earth.

Learn more about Redwire’s BFF and other facilities that recently launched on Northrop Grumman’s 18th cargo resupply services mission for NASA to the ISS in this Redwire Blog.