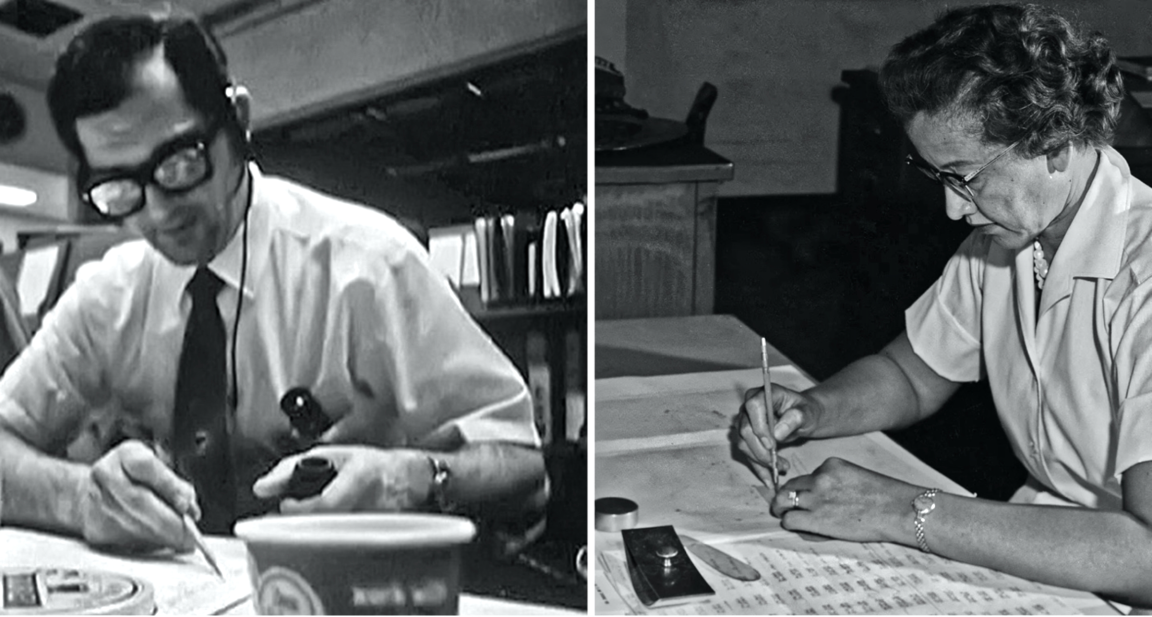 #NewSpace or #Space2.0 have become incendiary hashtags in social media and board room conversations around the aerospace industry. Their use intentionally irritates proponents of antidisestablishmentarianism and loosens anchors to the status quo in a middle-aged and sluggish aerospace industry whose customers are demanding to be reborn. And out of the cauldron of these conversations, a greater clarity is emerging on what must change and what must never change…

As the sun rose over Houston on April 13, 1970, it displaced a waxing quarter moon and slowly brought the hazy gulf coast sky to a low simmer. A little after noon, Seymour “Sy” Liebergot retreated from this sauna into the air-conditioning of Control Room 2 in Building 30 at NASA’s Johnson Space Center. His shift didn’t start for about an hour, but Sy wanted to get to his engineering station early and find out what, if anything, might have gone wrong the night before. He didn’t want to start his shift “behind the curve.” He wanted to get up to speed on the spacecraft’s current condition so that he could be “ahead of the curve” during the next eight hours of the mission.

The mission was NASA’s third attempt to land on the moon. And Sy was a young aeronautical engineer who had moved to Houston from New Jersey to be the electrical, environmental and consumables manager, or EECOM, for Gene Krantz’s “White Flight” of mission control engineers. Unlike most people who do shift work, Sy considered his job more play than work. Every two weeks when the government-stamped paycheck arrived, Sy would whisper under his breath: “I can’t believe I get paid to do this.” Sy loved his work.

As Sy settled into a spare chair at the EECOM console, he learned that the previous night hadn’t been “A-okay” as the Houston news radio station had reported during his drive to work. An alarm had awoken the crew warning of low pressure inside a hydrogen tank in one of the spacecraft’s fuel cells. Either the tank was leaking, or the pressure sensor had was failing — and Sy had to sort it out.

In 1970, NASA’s Mission Control Room was the epitome of the new space age and the mid-mod style of interior design it inspired. Rows of sage-green computers on white linoleum desks neatly trimmed in brushed aluminum and were anchored to a grey-tiled concrete floor. The walls, being a slightly brighter hue of sage green, reached two stories to a ceiling grid of off-white acoustic tiles and florescent lights. Fifty years later, the style of architectural design has once again become fashionable. The style of engineering development has once again become necessary.

The people in Sy’s Mission Control room were some of the most creative and talented minds in NASA’s spaceflight program and their jobs were to challenge the status quo, if necessary, in order to solve hard problems quickly and ensure the mission was successful ultimately. Each of NASA’s Mission Control engineers was an expert in their field, thoroughly knowledgeable about a particular spacecraft subsystem, and quite capable of dealing creatively with “check engine” lights from the Apollo spacecraft that weren’t easy to explain.

Sy had learned that explaining a “check engine” light required socializing the problem among other Mission Control engineers. So, he discussed the possible causes with the rest of the White Flight control engineers, asking each if they had seen any spurious spikes in their data streams that might help isolate a singular cause.

Sy was aware that each flight control engineer was cautious not to announce a problem until he was fairly sure there actually was one evident. Sy called this practice “sand bagging.” None of the steely-eyed missile men who manned the engineering consoles in Mission Control wanted to be over cautious and run the risk of changing the flight plan — or worse yet cancelling the flight plan — because of ghost problems conjured up by some errant sensor in their system. However, once it was clear there was a problem, Sy and his engineering colleagues quickly shared all forensic data that could help explain what was going wrong.

Filtering out the “ghosts” in the data, the team concluded that the problem was most likely — but not certainly — a bad sensor. They agreed to keep an eye on the rest of the data sensors, watching closely how the system performed over the remainder of the mission. Then, as the astronauts prepared to go to sleep that evening, another explanation occurred to Sy.

Two days earlier, the fuel cell tanks were filled to their tops with super-cooled liquid hydrogen and oxygen. They now contained a slurry of gas and liquid that, in zero gravity, can easily separate into globules of liquid floating in pockets of gas. This cryogenic sludge, Sy decided, could be fouling the sensors. He further thought that a fouled sensor might be cleared if the sludge was stirred up and the pockets of gas recombined with the globs of liquid.

Sy asked White Flight Director Gene Kranz’s permission to have the Apollo 13 astronauts turn on electric motors to stir the frozen slurry one last time before they went to bed… and we all know what happened next.

Fifty years ago, old space was new space. Our industry was only a decade old — not much older than today’s hashtags #NewSpace and #Space2.0 — and each mission had an element of the new and the unknown. The engineering design and mission operations rule books were being written by the people — such as Sy Liebergot — who designed and managed those early missions. At its very beginning in the late 1950s, and under extreme pressure to launch the first human into space, NASA quickly grew its engineering teams with amazing diversity and breadth of creative, passion-driven talent.

Hidden figures, such as Katherine Johnson at the Langley Research Center, assumed critically important roles within the machinery of engineering development, quietly away from the spotlight of the celebrated astronauts, and fiercely committed to getting the engineering done quickly and correctly.

The pace of engineering and flight demonstration was incredibly fast compared to what has become the sluggish norm of our industry at middle age. Mistakes were made — like the infamous fuel cell problem on Apollo 13 — but they were quickly resolved while mission managers managed around the occasional failures essential to fast-paced development ut expectata.

Process and procedure that today are perceived as safeguards against failure were originally conceived a half-century ago to encourage early failure — fail fast — as guarantees of speed and efficiency. They were produced by those responsible for ensuring speed and efficiency — the thousands of hidden scientists and engineers whose passions for their work drove them to produce good technical results quickly and efficiently and who embrace early failure as essential to learning and improvement.

Now we are fighting over what should change and what must remain the same as our industry moves into a #NewSpace renaissance. Those of us in the shadows of this debate see our role as no different than that of Sy Liebergot and Katharine Johnson. For us, #NewSpace is really old space with a few new tricks.

However, this time we’ve got to do all this and — no kidding — we have to do it less expensively!

Author Dr. Mark Lake is the Chief Technology Officer at Roccor where he oversees technology and advanced product development efforts, multi-organization cooperative ventures, and strategic partnerships for technology capitalization. Dr. Lake started his career as a research engineer and program manager for NASA. He has published over 50 research publications in the field of aircraft and spacecraft structures and a book entitled, The Inventor’s Puzzle: Deciphering the Business of Product Innovation. He is also an Associate Fellow of the American Institute of Aeronautics and Astronautics and an adjunct member of the graduate faculty of the department of Aerospace Engineering Sciences at the University of Colorado.