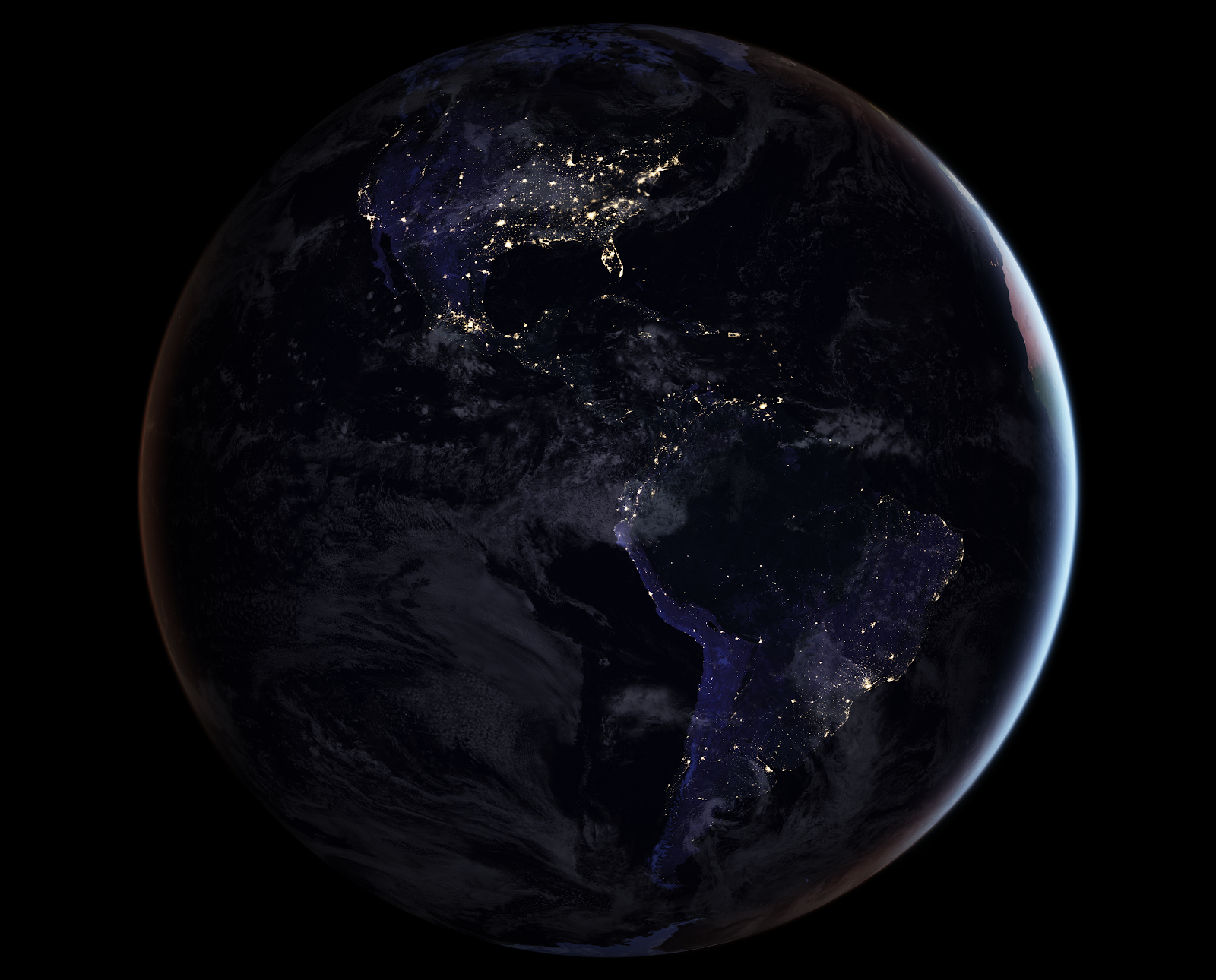 Military space operations have been predominantly viewed as a support function for land, air, and sea forces providing over-the-horizon communications, navigation, and intelligence data from exquisite assets far beyond the reach of our adversaries. Advancements demonstrated by Russia and China with anti-satellite weapons, the proliferation of satellite jamming technology, and the increasing use of space by non-state actors are all driving the U.S. to create a space warfighting doctrine focused on how to project power, defend assets, and deter attacks on orbit.

An increase in the number of satellites on-orbit as well as the widespread use of commercially-developed technologies for formation flying and on-orbit inspection, servicing, assembly, and manufacturing may also make it more challenging to separate friend from foe. American space superiority rests on our ability to creatively deploy advanced technologies that improve our ability to monitor ongoing space operations in real-time, accelerate the pace of decision making for commanders in the field, and create new opportunities for resilient satellite architectures.

These technologies are critical to both maintaining a competitive advantage over our adversaries here on Earth but also to ensure mutually beneficial value creation by which our society expands economic and scientific development in cislunar space and beyond.

In-space robotic manufacturing and assembly is one of the disruptive, broad-based technologies that will revolutionize how the National Security Space community carries out the space warfighting doctrine. In-space manufacturing enables the creation of a new generation of satellites that launch in small, affordable packages, build large mission-critical structures on-orbit, and retain the ability to repair and reconfigure themselves over time.

These satellites increase U.S. space superiority by nullifying the damage possible from an adversary attack. This not only deters the appeal of an adversary attack in the first place, but decreases the cost and increases the speed required for recovery of the network. When combined with advanced in-space propulsion, satellites equipped with in-space manufacturing and assembly tools offer a strong deterrent. Whatever we can build without increasing the risk of debris can also be repurposed.

Redwire, formerly Made In Space (MIS), is at the forefront of  this revolutionary technology and has developed the Archinaut platform, a technology suite that combines additive manufacturing with robotic assembly for remote in-space construction of large complex structures.

Archinaut is a key enabling technology for U.S. preeminence in space. Currently, MIS has several Archinaut-derived flight missions in various stages of development with a number of customers, including civil space and DoD agencies. In 2019, MIS was awarded $73.7 million to demonstrate Archinaut technology with the Archinaut One mission. Once deployed, Archinaut will 3D-print two beams that extend 10 meters out from the spacecraft; each beam will unfurl two solar arrays that generate up to five times more power than solar panels on similar-sized spacecraft.

Technologies directly derived from the Archinaut One mission can equip small satellites with the power and performance currently reserved for large satellites. While the proliferation of small satellites is growing in popularity for communication and surveillance missions, small satellites are inherently power-limited. With in-space manufactured solar arrays, Archinaut is able to overcome the limitations of ESPA-class body-mounted or traditional deployable solar panels, providing 5 times more power than what is currently possible.

Equipping future satellite builds with this technology allows operators to launch constellations of small satellites optimized for high performance and power hungry instruments, such as broadband radio frequency (RF) transmitters and electro-optical cameras. This allows satellite network operators to consider a third option, rather than simply “small, cheap, and expendable” or “large, expensive, and fragile”.

Archinaut technology can also be used to deploy high-gain, high-power RF instruments for intelligence, surveillance, and reconnaissance (ISR) collection. Large space-based antennas are critical in achieving the quality and data rates required of modern battlefield operations while allowing soldiers, ground vehicles, ships, and aircraft to minimize the size and power of their own equipment. In-space manufacturing and assembly makes this possible on budgets and schedules that are affordable today.

The Archinaut platform also enables the manufacturing of extremely large persistent structures in space. Traditionally, these structures are either too expensive (on the orders of billions of dollars) or unfeasible to build and launch. These assets also have significant timelines (10-12 years) for development and deployment.

Instead of launching a large, complexly folded satellite, constructing its components in space results in significant cost, time, and deployment risk savings by providing a robust platform to which functional, modular mission elements can attach. Shortening development and deployment timelines of those mission modules through dedicated in-space test and evaluation makes it possible for defense operators to respond to emerging threats and needs quickly and efficiently without compromising capability.

Archinaut can also integrate new technology into existing assets, accelerating the pace of turning emerging space technologies into operational functions. Hardware can be upgraded and software refreshed, making it possible to maintain high levels of capability without having to reconstruct the asset or deploy a new one.  Existing satellite assets in strategic locations, such as geostationary orbit or the Earth-Moon Lagrange points, could be upgraded as new technology becomes available. Space platforms designed from the onset for rapid technology refresh and reconfigurability enable operators to adapt quickly to changes in operational conditions and emerging threats, as well as maximize performance of a satellite’s lifespan on orbit.

As we expand our exploration and commercial footprint deeper into space, it is increasingly important for DoD to expand its ability to monitor the activity of spacecraft in real-time. This includes the ability to identify a spacecraft at long distances, determine its functional capabilities, and observe any actions it may take towards other satellites. Space-based interferometry enabled by Archinaut is a way to monitor key strategic orbits cost-effectively, without compromising capability.

Today’s space-based telescopes and observatories are constrained in performance by size and mass. Extensive support and packing structures, as well as large deployable mechanisms to separate mirrors and other instruments on orbit, add significant spacecraft mass and time to on-orbit deployment and operational readiness. These factors are circumvented by new technology like Optimast, a specialized derivative of the Archinaut technology system.

The Optimast Structurally Connected Interferometer (OSCI) allows for the deployment of 20-50 meter optical booms from a smallsat bus. Optical interferometers combine the light from small deployed mirrors to achieve the same resolution as a mirror as big as the structure itself. Previous interferometers required large deployable structures with equally large and expensive satellites on dedicated launches. OSCI achieves the same optical physics on a smaller, lower-cost satellite and enables long-range monitoring of spacecraft without radar.

Domain awareness is critical for Cislunar operations beyond simply knowing that something is out there. As rendezvous and proximity operations become more sophisticated to respond to the growing satellite servicing industry, the U.S. military will require the ability to determine in near-real-time what potential adversaries are doing. Such investigations must be conducted at far enough distances that the U.S. military can act according to the doctrine developed by the U.S. Space Force for protection of American space assets.

Initiatives like NASA’s Artemis mission, as well as several international efforts planned to explore the moon, have emphasized the US Space Force’s focus on a US defense presence in the Cislunar space domain. As this activity increases, a sustainable network of satellites is needed to monitor ongoing government and commercial operations on the surface and around the Moon. Utilizing highly-capable Archinaut small satellites enables the Space Force to employ more capable satellites at strategic locations and cost-effective price points.

U.S. space superiority depends on the ability to observe and communicate effectively with affordable space assets that do not compromise mission capability. Adaptable and scalable in-space manufacturing technology ensures the U.S. can quickly address new threats and needs. Just as our terrestrial armed services rely on the ability to replenish supplies and conduct repairs in the field, so shall the Space Force benefit from the industrialization of space.

Continued calls for increased investment, clear definitions of ownership and best practices for regulation, and commercial involvement in strategic initiatives, like space resource extraction, point to the future of the U.S. space domain. As space becomes more accessible, defense operations will have an expanding role in protecting U.S. assets and livelihoods both on Earth and in space. In-space manufacturing and assembly are critical for a space warfighting capability that is focused on resilience and deterrence, while simultaneously maximizing capability and minimizing utilization costs.  MIS is poised to deliver these transformational Archinaut-derived technologies and ensure the continued superiority of our nation’s critical space defense infrastructure.