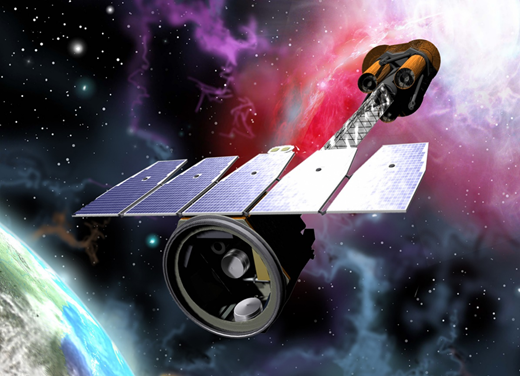 IXPE is a Small Explorer, or SMEX mission, which is part of NASA’s Astrophysics Explorer Program led by NASA’s Marshall Space Flight Center in Huntsville, Alabama.  IXPE is a collaboration between NASA and the Italian Space Agency.  Ball Aerospace in Boulder, Colorado, manages spacecraft operations with support from the University of Colorado at Boulder.  NASA’s Goddard Space Flight Center in Greenbelt, Maryland, manages the Explorers Program for the agency’s Science Mission Directorate in Washington.  Dr. Martin C. Weisskopf, NASA Marshall Space Flight Center, is the principal investigator for the IXPE mission.  Once launched in 2021, IXPE will measure the polarization of cosmic X-rays to improve the understanding of fundamental physics of extreme and exotic objects in the universe.  IXPE will explore, and for the first time discover, hidden details of some of the most unique objects in our universe, such as neutron stars and stellar and supermassive black holes.

Ball Aerospace is responsible for providing the IXPE spacecraft, mechanical and structural elements of the payload, observatory assembly, integration and test and mission operations for IXPE.  Deployable Space Systems (DSS) is responsible for the design, engineering, analysis, assembly, integration, and test of the deployable rigid panel solar array.  The solar array system consists of five deployable and interconnected rigid panels that are wrapped around the hexagonal-shaped spacecraft in the stowed configuration for launch.  Upon release of discrete tie-downs each panel assembly is sequentially deployed to create the final deployed configuration.  The solar array is populated with SolAero heritage ZTJ multi-junction photovoltaics.

“DSS is proud to support NASA and Ball Aerospace with the supply of a heritage deployable rigid panel solar array system for this exciting IXPE mission, which will discover extremely unique objects in our universe that have never been observed” said Brian Spence, President of DSS.  “For more than a decade, DSS has been at the forefront of design, development, manufacture, test, and supply of deployable solar array technologies and deployable structures for the most demanding mission environments and applications.  DSS’s rigid panel solar array technologies as applied to the IXPE mission leverage our staffs proven expertise, capability, leadership, and impeccable flight heritage.  For this important IXPE program, and our NASA and Ball Aerospace customers, DSS is committed to supplying the highest quality, most affordable, and most reliable solar array system solution available within the cost/schedule constraints of the IXPE program”.

Additional information on the IXPE program can be found at the following websites:
https://ixpe.msfc.nasa.gov/
https://www.ball.com/aerospace/programs/ixpe

Deployable Space Systems, Inc. (DSS) is a leading supplier of deployable structures and deployable solar arrays for satellites / spacecraft, encompassing a wide range of applications including civil space exploration, science and earth observation, defense intelligence and communication, and commercial telecommunications industries.  The business was founded in 2008, is privately owned and operated, and is headquartered in Santa Barbara, California, USA.  DSS’s product portfolio include the ROSA, IMBA, Aladdin, Rigid-Panel, and FACT solar array technologies, a multitude of elastically and articulated deployable structures/booms, and a variety mission-enabling mechanisms for space applications.  For more information about DSS visit http://www.dss-space.com/  or contact the following individuals shown below: