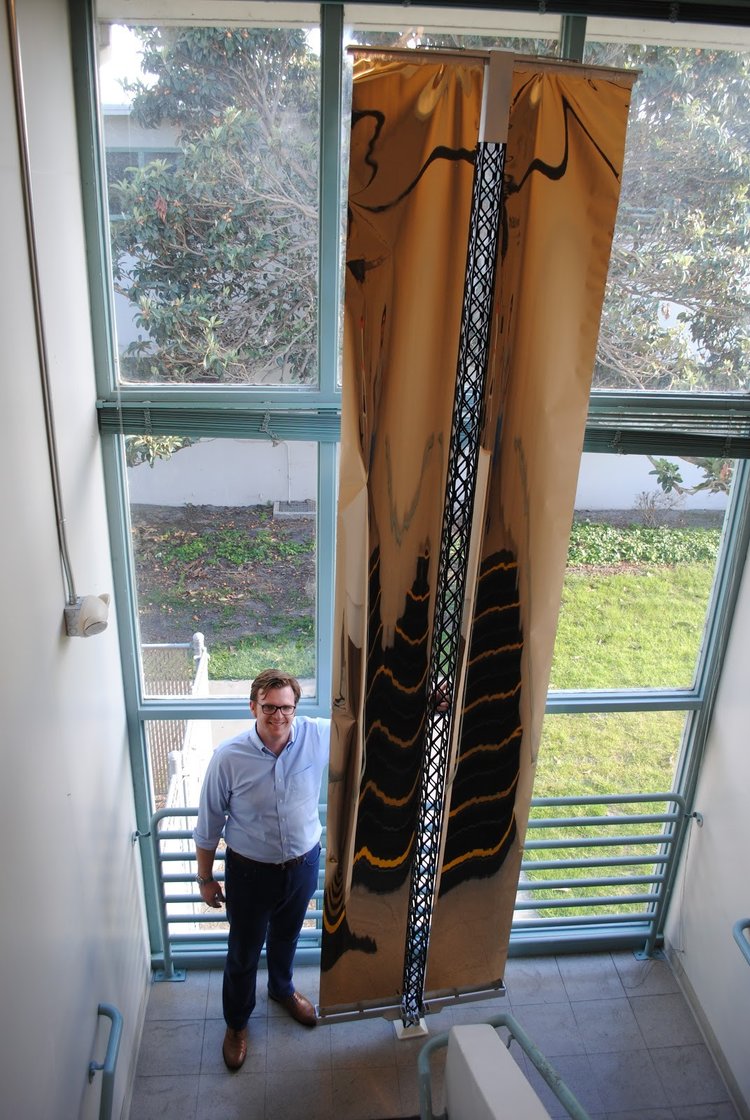 The emergence of on-orbit manufacturing will catalyze unprecedented space applications and new business opportunities in commercial space. It creates opportunities for much larger space-optimized structures and improved satellite volumetric efficiency by eliminating deployment mechanisms. It even introduces the ability to recycle critical launch assets and repurpose them into useful infrastructure such as phased arrays or antennas.

Made In Space is able to develop and deploy space-optimized structures in the microgravity environment that can be significantly larger than traditionally deployed structures while requiring as little as 10 percent of the mass. The capability of these smaller, traditional platforms is limited by the inefficiencies of packing antennas, reflectors, and panel structures for survivability of launch. For example, cost-effective solid reflectors are limited to about one meter in diameter on small satellites. By eliminating these bulky deployment mechanisms this improves satellite capacity and efficiency by an order of magnitude. Increasing power through on-orbit manufacturing and freeing up parasitic mass by improving satellite design is revolutionary in the fact that you are now able to operate on smaller satellites and manufacture and assemble additional structural needs for the satellite after launch. This begins to shift the paradigm by being able to now launch these smaller satellites on much cheaper rockets, ultimately lowering barriers to entry.

Made In Space has developed a suite of additive manufacturing and robotic assembly technologies called Archinaut. This technology is capable of several near-term in-orbit applications including fabricating microgravity-optimized booms and masts, manufacturing solar array systems on orbit, and expanding small satellite functionality. In each of these applications, Archinaut is an integral part of the system-of-systems with turnkey mission pricing and can also be offered as an individual subsystem product package.

Made In Space has recently developed a power system that delivers large satellite power to small, ESPA class satellites by deploying extended solar arrays via on-orbit additive manufacturing. This technology, that recently completed testing qualifying it for spaceflight, combines autonomous additive manufacturing and robotic assembly. The integrated system could be flown on a smallsat and manufacture an extended solar array delivering up to 5 times more power than what is currently available on existing state-of-the-art smallsat platforms. Via in-space manufacturing and assembly, additional kilowatts of power can be provided on ESPA-class satellites, making these small satellites capable of operating power-intensive payloads at fractions of the satellite and launch costs of 1,000-plus kilogram satellites. Archinaut can deliver the same power required by powerful multi-kilowatt satellites that are currently launched on very large launch vehicles, which may cost around $100 million. Conversely, Archinaut is designed to launch on smaller ESPA-class satellites, which significantly reduces costs by several orders of magnitude because it can be launched on a $5-$10 million rocket.

Equipping smallsats with big satellite power capabilities could lower barriers of entry for a lot of users and maximize resources. The impact on commercial space economy could be significant as customers could pay for smaller, cheaper launch vehicles but not sacrifice capabilities in orbit. Currently, the size of satellite solar arrays scale with the size of the satellite due to volumetric inefficiencies in traditional deployable structures and limitations on where solar arrays can be packaged for deployment on the satellite bus.

Utilization of in-space manufacturing and assembly can provide multiple square meters of solar array surface area on small satellites. ESPA-class satellites equipped with the Archinaut Power Kit are a cost-effective alternative to the power production provided on larger class buses and saves volume and mass compared to traditional deployable systems. The Archinaut power kit will provide best in class solar array systems for ESPA-class satellites, large satellites, and other large spacecraft. The same technology could be used to provide thousands of square meters of solar arrays for human habitats in LEO or around the Moon.

Archinaut robotics can also be applied post-launch to carry out disassembly and reconfiguration missions to upcycle launch infrastructure that would otherwise be considered space debris, and convert it into valuable space assets.

An additional capability unlocked with Archinaut technology is in-space manufacturing system for long baseline smallsat interferometry. This technology, known as Optimast-SCI (Structurally Connected Interferometer) configures an ESPA-class small satellite with the company’s extended structure manufacturing technology. Once the satellite is delivered to its intended orbit, Optimast-SCI would manufacture and deploy two 10-meter beams with a mirror unit on each end with modular internal optics developed with Lowell Observatory, a world leader in astronomical optical interferometry. The mirror units are designed to collect light and reflect it to a central optical system housed within the satellite body.  Optimast is a self-contained, scalable machine for producing microgravity-optimized linear structures on-orbit, developed as a product application of the Archinaut technologies.

Paving the way towards the future

On-orbit manufacturing is a near term solution that can provide transformative capabilities to the space industry. Modern electronics can be coupled with large reflectors on smaller, cheaper satellites, providing big gains and big capability in a small form factor. By improving satellite efficiently, we are able to lower barriers to entry by reducing launch costs by an order of magnitude. Through the continued development of our extensive technology roadmap, Made In Space’s on-orbit capabilities has positioned itself as the market leader in space manufacturing technologies.