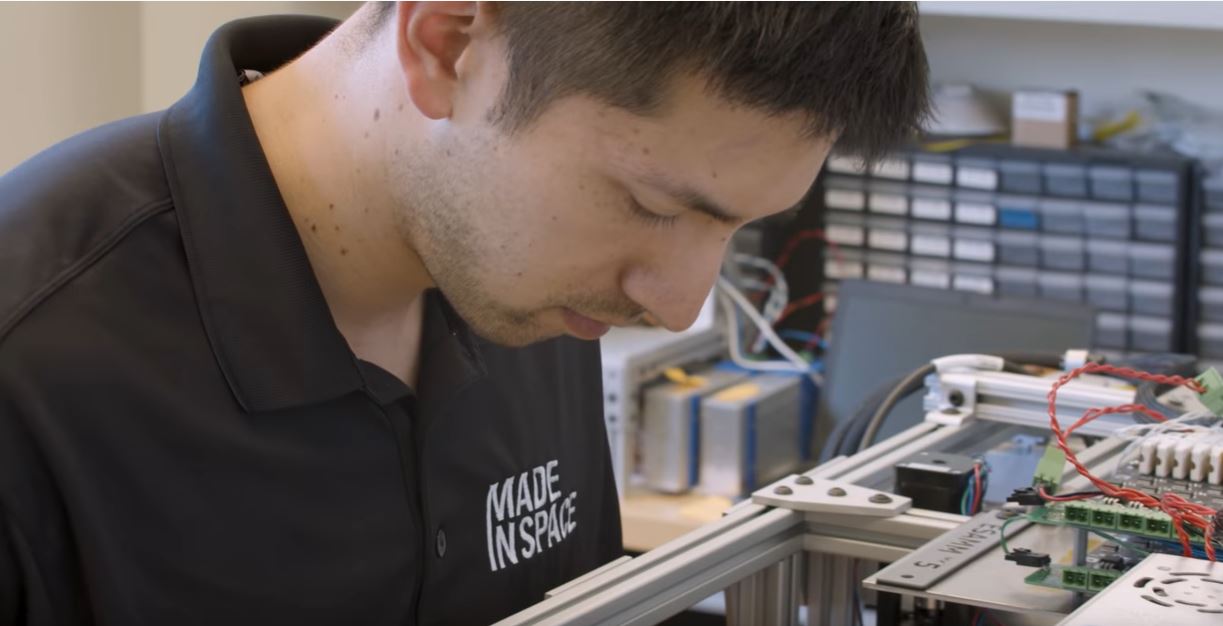 Last month, Bloomberg debuted a new digital series entitled A Giant Leap that profiles some of the movers and shakers within commercial space and spotlights markets that could unlock an industrial revolution on-orbit, including space manufacturing.

In the series, Made In Space (MIS) President and CEO Andrew Rush and Chief Engineer Michael Snyder share their perspectives on why space manufacturing will drive industrialization in low Earth orbit and how the company is following an iterative roadmap to achieve success in this market.

For sustainable space manufacturing to become a mainstay it will require companies to address two things: developing manufacturing capabilities optimized for the space environment that aren’t besieged by launch costs and developing business models with profit margins that account for the operational costs space incurs.

MIS is focused on overcoming both challenges as it develops new capabilities that have the potential to drastically reshape the landscape of commercial space.

The Archinaut One program will demonstrate the combination of robotic manufacturing and assembly on-obit to create functional structures. This technology could be the tipping point for how the industry is able to execute robust construction in space which would free customers from relying on rockets to deliver essential assets and platforms to orbit. The maturation of this technology suite could have important implications for satellite development, human space exploration and the development of commercial platforms in low Earth orbit. Archinaut One is slated to launch no earlier than 2022.

MIS is also working to produce high-value space materials on-orbit that could impact terrestrial markets. Notably, the company has been leveraging the International Space Station to manufacture ZBLAN optical fiber, on orbit, since 2017. Space optical fiber could offer better performance than optical fiber produced on Earth which could create a demand for a first-of-its-kind space product. Space optical fiber, produced in commercially viable quantities, could command tens of thousands of dollars per kilogram and as a result creating new demand for space utilization.

MIS has positioned itself as the industry leader for space manufacturing and the company’s broader goal is to industrialize space by means of advanced manufacturing. Through transforming space infrastructure and developing space products, MIS is poised to impact the commercial space market.

For more insight on space manufacturing and to hear from industry experts, watch the full episode above.