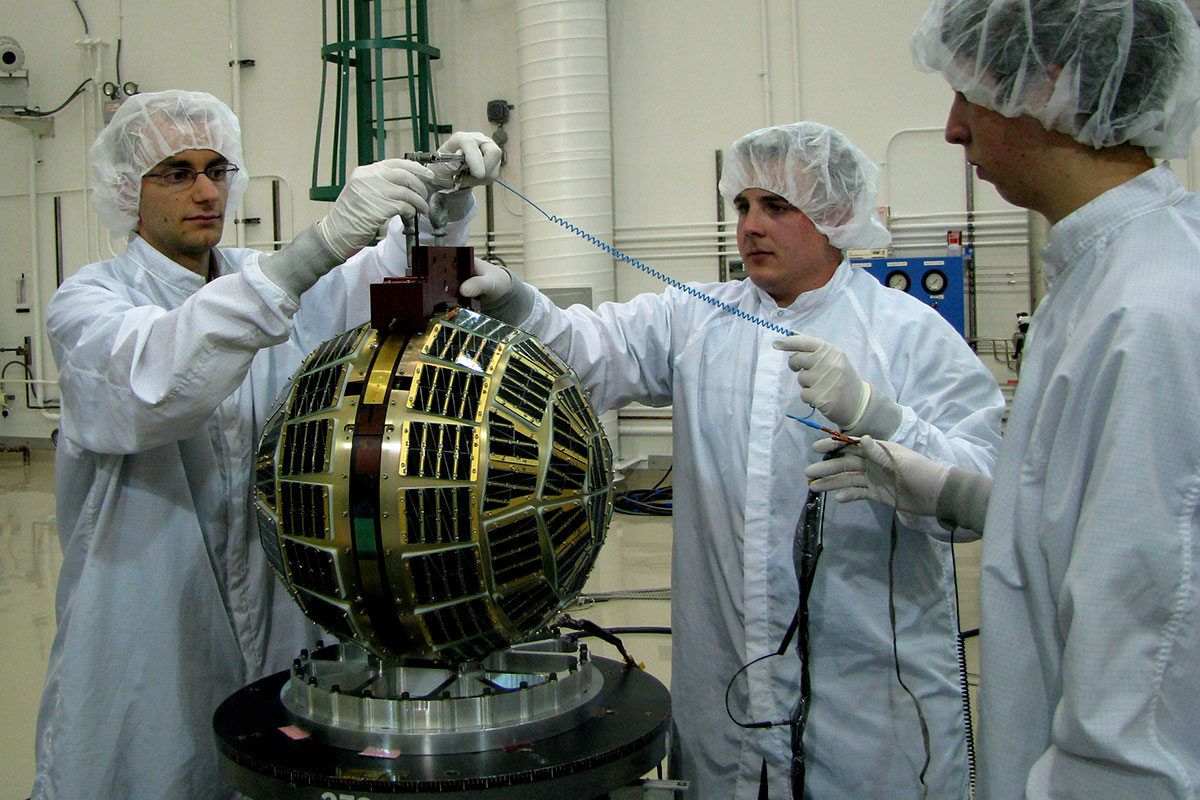 Rocket science! Why is that phrase so commonly linked with the impossible? Why do people often associate the idea of space exploration as an elite trade, reserved only for entities like NASA and their brightest engineers? The term probably strikes a chord because exploration has always been hard; it has always been untested, new and headline grabbing. In the late 1950s, the space industry emerged seemingly out of thin-air. All of the sudden the world was captivated by the new, live-televised spectacle as rockets powered into the next frontier. The joyous successes and the tremendous hardship were on full public display and the provocative phrase, ‘rocket science’, explained it all.

But the idea of Rocket Science is changing as the small satellite revolution comes into full swing. In the decades following the moon landing, the space industry remained dominated by billion-dollar space projects, funded by governments and behemoth commercial companies, then implemented on spacecraft platforms the size of school busses. But recently, that mindset has started to change. Around the time we were all worried about Y2K, a small collection of university groups were thinking, “Is there an easier way to get my hardware into space?” They set the bar small and created the idea of a CubeSat, a standardized 10cm cube weighing about a kilogram. Even better, they relied on student labor enabling cheap design costs and endless creativity. Shortly thereafter small company stakeholders worked with the US Air Force to develop the ESPA Class, or 50-100kg spacecraft sized to literally be used in place of ballast mass on the larger, giant rockets. The miniaturization of electronics enabled new capabilities, the emergence of grassroot launch providers, such as SpaceX, improved access to space and the emergence of market demand enabled incredible, high performing on-orbit demonstrations. Today, thousands of small companies, and researchers from nearly every country in the world, every major university, even a few high schools, are space faring. Rocket Science has become mainstream.

I first became a contributor to the small satellite community around 2006 and immediately found my career homestead. I was drawn into the idea of building satellites with simplistic mission objectives while embracing a risk tolerant posture. In 2013 my career path crossed with Roccor. The group’s mission was to lower spacecraft asset cost by building simple, elegant systems. The idea here is that the best way to lower cost and improve reliability is to keep it simple… stupid. The fewer the parts in a system, the fewer components to assemble, the fewer failure modes to investigate, the fewer tests to perform. We embraced technologies such as high strain composite structures, basically materials that flex and bend to deploy instead of using traditional articulating systems that require numerous parts. We also looked at novel thermal solutions utilizing two-phase thermal management to efficiently transfer heat from one area of a spacecraft to another.

Now while I said earlier that Rocket Science has become mainstream, it hasn’t necessarily become easier. Satellites, big and small remain highly complex systems that require delicate and smart engineering to ensure performance at a low cost. In some cases, the miniaturization of spacecraft leads to more electronically dense systems with challenging thermal dissipation issues. In tandem, it leaves the engineer with less space for deployable structures like solar arrays and antennas, key functions of any spacefaring system. Individually these challenges may have direct forward solution, but in unison the resolution is a bit more challenging. In these cases the need for teamwork and the balance of requirements is key. I think a good comparison to this process is with the song “Dueling Banjos” by Arthur “Guitar Boogie” Smith. The song starts off with single instrument strumming along to a slow, catchy beat. As the song matures, other instruments come in playing, and often conflicting with the first, at an ever faster pace. By the end, the instruments find their commonality and leverage on each other’s strengths to form a beautiful compilation, worthy of applause. SmallSat engineering at Roccor follows a similar story arc, as our team of multidisciplinary engineers need to initially work together as they balance each of their specialties to find the right balance of requirements and system design. When done right, the solution considers all aspects of the design and accomplishes its on-orbit mission in and elegant and hence low cost manner.

So what do we do at Roccor? Every day we modernize the term of “Rocket Science” to the wonderful tune of a few banjos playing in unison. While each instrument represents a key function of the hardware, it is our job to make sure that the dueling turns into something that pushes the cutting edge of space exploration while keeping stakeholders coming back for more.