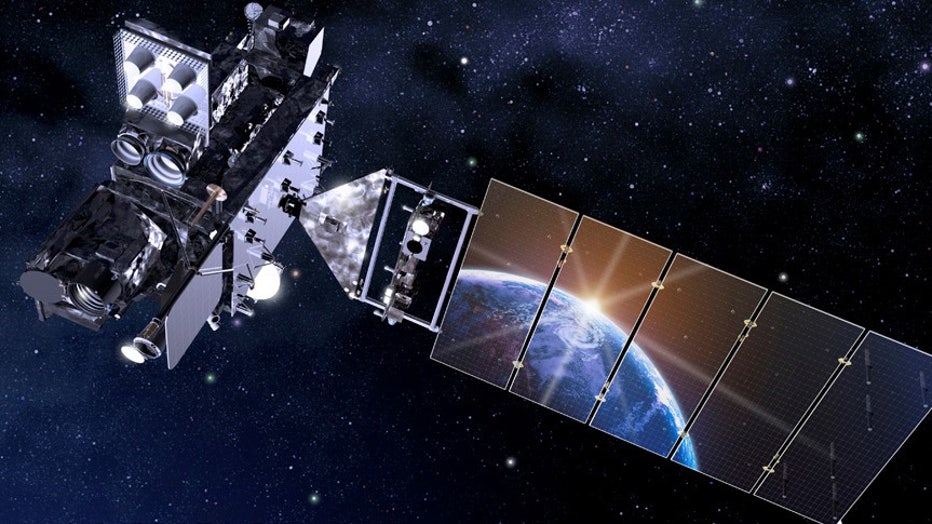 We go to space not just to explore and discover but to make life on Earth better. On March 1, 2022, the world will gain a vital new tool in the global effort to heal our planet and gain information vital to combating the pernicious effects of climate change via the launch of NOAA and NASA’s Geostationary Operational Environmental Satellite (GOES)-T mission from Cape Canaveral Space Force Station in Florida. GOES-T is the third satellite in the GOES-R series, the Western Hemisphere’s most sophisticated weather observing and environmental monitoring system.

Redwire is proud to play an important role in this mission by delivering critical enabling sensor technology. Redwire has a long history of supporting GOES missions with its sensors over the course of nearly four decades. Redwire sun sensors will provide the GOES-T mission with the solar array pointing, sun acquisition, and precise Sun Platform orientation necessary for successful operations.

The GOES-R series of satellites provide advanced imagery and atmospheric measurements, real-time mapping of lightning activity, and space weather monitoring. The latest in the series, GOES-T, will continue to support the observations made by GOES-R (GOES-16) and GOES-S (GOES-17), but will benefit from modifications such as an upgraded magnetometer, which is expected to provide improved performance for measuring magnetic field variations.

Upon reaching orbit, GOES-T will be redesignated as GOES-18, replacing GOES 17 as the satellite responsible for covering the western United States, including Alaska and Hawaii, as well as other regions. GOES-18 will work jointly with GOES-16, NOAA’s operational GOES satellite for the eastern US and Atlantic. In addition to covering the US, these satellites will monitor more than half the planet, from the west coast of Africa to New Zealand.

The CSS pyramid is a 2-axis sensor containing four detectors, used for applications including solar array pointing, sun acquisition, and failsafe recovery. The CSS Pyramid has a rich flight history, having flown on more than 18 NASA missions. The Fine Sun Sensors are used in attitude control applications where sub-arcminute accuracy and millidegree angular resolution are required. At least 100 Fine Sun Sensors have flown on commercial GEO, scientific, and US Government programs.

The Fine Sun Sensor is mounted on a special pointing platform on the GOES-T spacecraft. This high accuracy sensor has a small field of view with fine angular resolution, and it is used to accurately point the platform at the sun. This is critical for the spacecraft’s Extreme Ultraviolet and X-Ray Irradiance Sensors to correlate solar activity to upper atmosphere phenomena.

As GOES West, GOES-18 will be positioned to watch over the western contiguous United States, Alaska, Hawaii, Mexico, Central America, and the Pacific Ocean. The satellite will be ideally located to monitor weather systems and hazards that most affect this region of the Western Hemisphere.

Data from GOES-T will enable:

As we continue to see more extreme weather events on Earth, our work in space to observe, understand, and forecast these events is becoming more crucial than ever before. Again, Redwire is proud to provide critical components to enable the groundbreaking efficiency needed to support missions that will advance our capabilities in low-Earth orbit, keeping us safer on Earth for generations to come.

Learn more about the GOES-T Mission