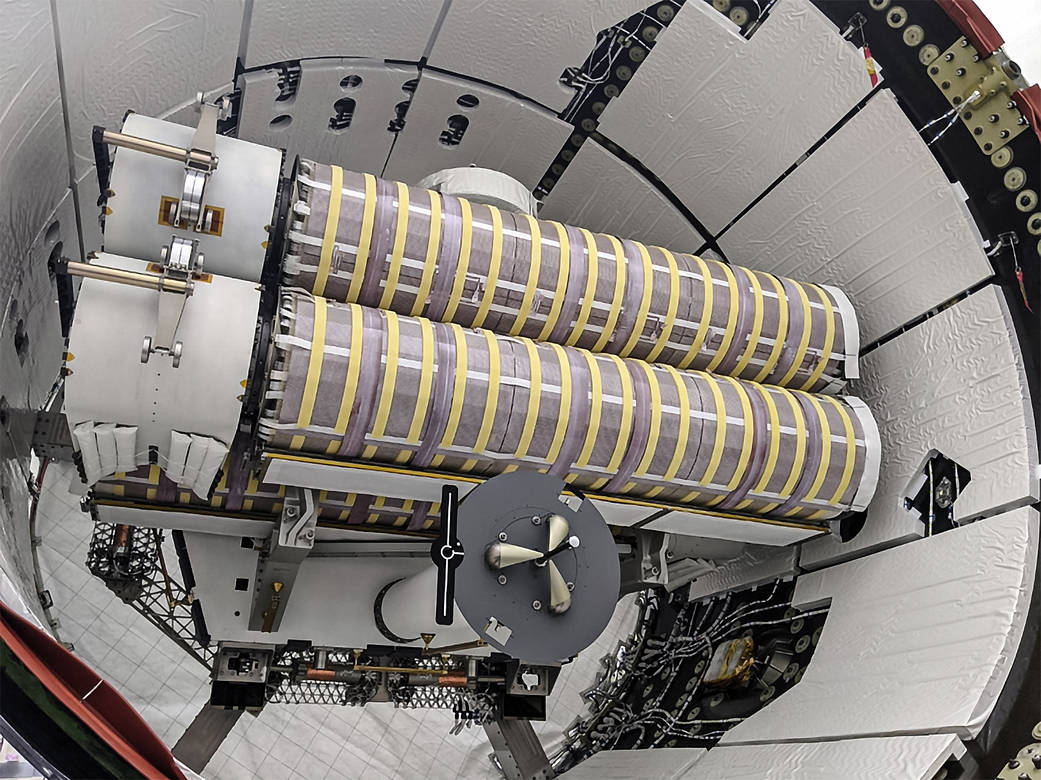 Jacksonville, Fla. (May 25, 2021) – Redwire, a new leader in mission critical space solutions and high reliability components for the next generation space economy, said today that the first pair of International Space Station Roll-Out Solar Arrays (iROSA) are ready to launch on SpaceX’s 22nd commercial resupply mission to the International Space Station (ISS). The mission is currently set to launch from NASA’s Kennedy Space Center in Florida no earlier than Thursday, June 3 at 1:29 p.m. EDT.

Through a partnership with Boeing, NASA’s prime contractor for space station operations, Redwire is responsible for the design, analysis, manufacture, test, and delivery of six new solar arrays that will augment power to the ISS. Using upgraded solar cells from Boeing’s Spectrolab, each iROSA solar array is one of the most powerful solar arrays ever manufactured and will provide more than 20 kilowatts of power. Combined, the six new arrays will produce more than 120 kilowatts, improving the station’s overall power-generating capability by 20 to 30 percent.

The Roll-Out Solar Array (ROSA) is an innovative, ultra-lightweight, compact, modular and scalable solar array structure system developed by Redwire subsidiary Deployable Space Systems (DSS). For more than a decade, DSS has been developing advanced solar array technology to provide enabling performance and affordability for many mission applications. ROSA technology was successfully demonstrated on the ISS in June 2017.

Various modular versions of ROSA are also being produced for NASA’s DART Mission, Maxar’s Power and Propulsion Element for NASA’s Gateway program, the Ovzon 3 GEO spacecraft for Maxar’s Legion-class satellites, and many other proprietary, civilian, and commercial applications.