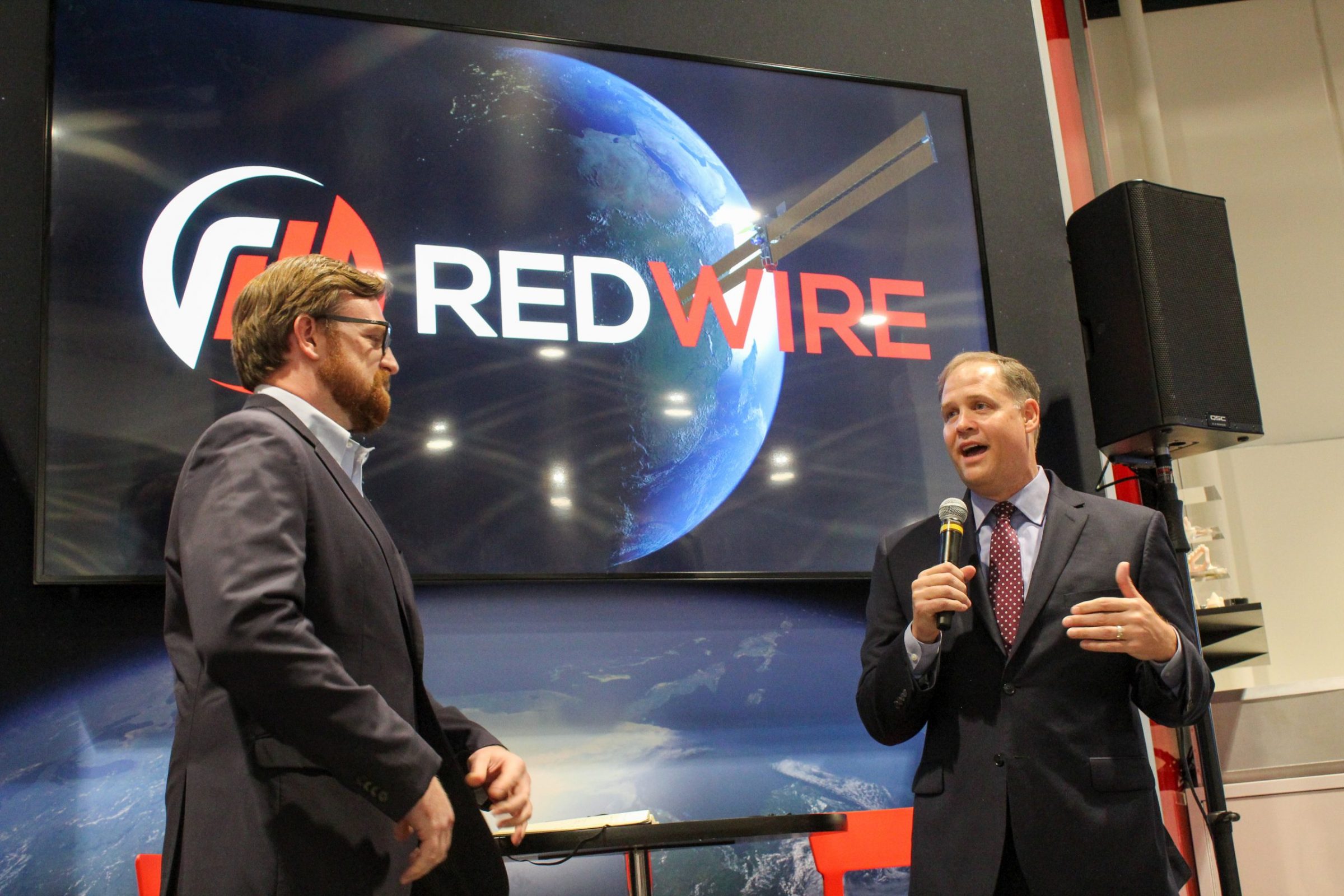 Day Two of Space Symposium kicked off with a number of special guests featured at the Redwire booth (1375). Redwire premiered a Space Symposium tech talk series featuring thought leaders and experts focused on trending topics across the industry. Today featured a full slate of content including an engaging discussion around the future of space with former NASA administrator Jim Bridenstine, key updates on Redwire and Boeing’s collaborative partnership on iROSA solar arrays and an overview of Redwire’s state-of-the-art digital engineering capabilities.

The day began with a tech talk with former NASA Administrator Jim Bridenstine and Redwire President & COO Andrew Rush. Together they discussed the importance of public-private partnerships that help support commercialization in low-Earth orbit and how it is critical to the future of spaceflight. Bridenstine reiterated the importance of government investment to stimulate commercial activities in LEO and beyond. Other topics discussed were debris mitigation, on-orbit servicing, assembly, and manufacturing (OSAM), and ushering in a new era of commercial space stations.

In today’s second tech talk, Rush met with Boeing VP and ISS program manager John Mulholland and Spectrolab President Tony Mueller to discuss Redwire’s patented Roll-Out Solar Array (ROSA) technology, which is currently powering the ISS. The ISS Roll-Out Solar Arrays (iROSA) are some of the most powerful arrays ever built, and the increase in power supply that they provide for the ISS will significantly impact the future of commercial activities onboard. Redwire is also producing various modular versions of ROSA for future spaceflight applications, including NASA’s DART mission and Maxar’s Power and Propulsion Element for NASA’s Gateway program. This innovative Redwire technology is also planned to power NASA’s Gateway, as a part of the agency’s Artemis program.

Redwire Chairman and CEO Peter Cannito was featured in the Space Symposium Executive Interview Series and discussed the company’s growth and many of the exciting Redwire technology programs that are currently making an impact across the industry.