Making an Impact: Investing in the Next-Generation Workforce 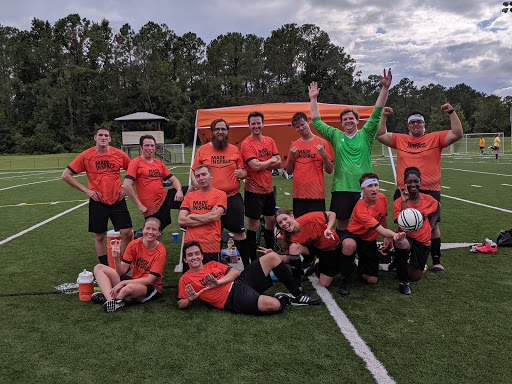 Made In Space (MIS) is an innovative company that develops world-class space manufacturing technology that is transforming the way we utilize space. The company’s mission is powered by a diverse and inclusive team that works together to solve problems and deliver innovative capabilities.

To further that mission, MIS is investing in the next generation workforce through strategic partnerships with colleges and universities, sponsoring student-led professional organizations and providing hands-on experience through the MIS internship program. Internships are an integral part of that investment and Made In Space employs high-school and college students every year, providing valuable hands-on experiences in high-tech fields.

During Summer 2019, Made In Space welcomed a new internship class that spanned across several focus areas including engineering, operations, payload development, business development, and more.  The internship experience not only prepared them for careers in the aerospace industry, it also contributed to their educational pathways and extracurricular activities outside of the internship.

One of the most important aspects of interning for Made In Space is the hands-on work experience it provides and how this experience impacts future endeavors. Made In Space interns work with highly experienced teams which facilitates valuable mentorship, job skills training and real-world insights

Amy Huynh, a student from the University of California, Irvine, was a Summer 2019 intern at Made In Space. A Brooke Owens Fellowship recipient, Amy took an aerospace gap year from her studies to work at Made In Space and, afterwards, NASA Ames Research Center. During her time at Made In Space, she became involved with various 3D-printing projects.

Amy’s experience at Made In Space has inspired her path beyond her internship.

“I want to work in the 3D-printing lab at my school when I go back in January,” said Amy. “I also hope to pursue graduate school and work on additive manufacturing research and projects. I also want to eventually create my own aerospace start-up company.”

Hands-on experience in the lab also benefitted Zachary Trantelli, a High School student from Jacksonville, FL. After wanting to learn more about the aerospace industry during his junior year, he decided to apply for an internship at Made In Space. His primary goal in working for Made In Space was to learn, but he also had the opportunity to assist in several projects including Recycler and optical fiber manufacturing.

As with the other interns, Zachary’s time working directly on projects at Made In Space has influenced his life beyond the internship itself.

“Since Made In Space, I have joined the Northeast Florida Astronomical Society and spend my Saturdays observing the stars,” said Zachary. “In addition, as Vice President of the Science National Honor Society at my school, I have implemented TED talk style presentations for students to come and talk about something science related.”

Made In Space interns take the skills they learn during their internship and apply them to other areas of their life, whether it be in planning a career path or bolstering educational endeavors.

Ansel Austin, a Valley Christian High School student from San Jose, California was very involved with research projects both during and outside his internship with Made In Space.

At school, Ansel serves as President, Designer, and Mechanical Lead for their competitive MATE ROV team. He also helped his school make history by becoming the first ever Junior High and High School team to win a Shell Ocean Discovery XPRIZE competition, coming in first place in the NOAA $1 Million Bonus Challenge.

At Made In Space, Ansel became involved in renovating the 3D printing lab. This included designing a kinematic door hatch for a 3D printer enclosure, setting up a live camera stream for the lab, and designing an associated camera mount. Many of his coworkers taught him skills beyond the 3D printing lab that has helped him further his hands-on capabilities.

Ansel participated in several NASA/ASME Future Engineers 3D design K-12 competitions, winning the latest “Two For the Crew” challenge with his Trillium Tool – a 3D-printable, bi-directional ratchet wrench designed to be printed on the ISS. After a successful interview with Made In Space Chief Engineer Mike Snyder, Ansel applied to intern at Made In Space as soon as he could get a work permit once he turned 16.

“The training I received helped me get machine shop certified at school, which will be very useful for manufacturing our ROV for his year’s MATE ROV competition,” said Ansel. “I also got introduced to Kinematics, which I am currently incorporating into my ROV frame design.”

Company Culture with a Lasting Impact

Along with gaining hands-on experience in the aerospace industry, company culture was an important part of the experience for the Made In Space interns.

Melanise Gadsden, a student at the University of South Florida in Tampa, Florida found herself working on multiple projects at Made In Space, including manufacturing space-bound payloads. However, her favorite parts about interning at Made In Space were the soccer games, birthday celebrations, monthly company lunches, getting to know her coworkers, and the invaluable skills she learned along the way. These skills impacted her educational pathways outside of Made In Space.

“I am using my knowledge from Made In Space to contribute towards my Capstone project which is a design for a Hyperloop pod to enter SpaceX’s hyperloop competition,” said Melanise.

Jonathan Hefley, a University of Miami student from Miami, Florida was a remote intern for Made In Space focusing most of his work on the Vulcan project and its terrestrial applications. His favorite part about the internship was meeting his colleagues at the Jacksonville office as they were so welcoming of him. His decision to intern at Made In Space came easy for him.

“While I had known about [Made In Space] for many years, I knew it was a place I would want to experience when I spoke with [Made In Space Chief Engineer] Mike Snyder when he visited the University of Miami,” said Jonathan. “The company’s focus is at the crossroads of two of my passions, space exploration and additive manufacturing.”

For some students, an internship at Made In Space has resulted in a full-time career with the company.

Matthew Dolan from the University of Florida in Gainesville, Florida spent three summers with Made In Space working closely on numerous projects. After graduation, Matthew began working as a full-time employee of Made In Space.

“I wouldn’t have imagined where I would be now at the start, but the people and the unique and interesting work has brought me back time and time again,” said Matthew.

Made In Space is committed to providing opportunities to students and young professionals who are looking to explore careers in the aerospace industry. If you’re interested in joining our team, find internships and other career opportunities at madeinspace.us/careers.