Expanding Our Horizons: How In-Space Manufacturing Can Develop the Next Generation of Space Telescopes and Space-Based Radar Systems 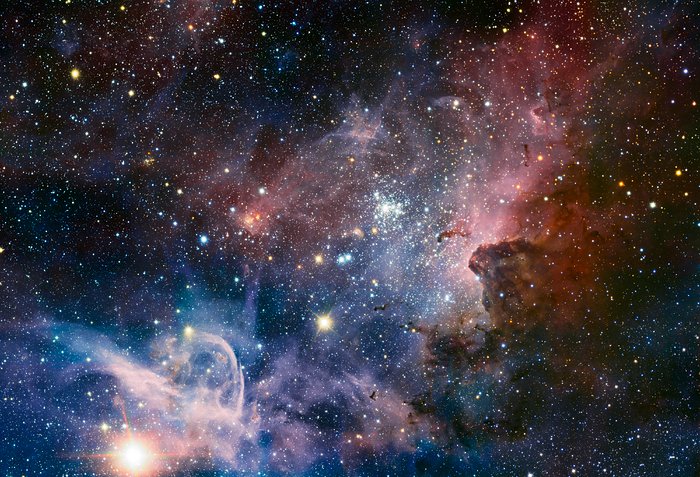 Robotic manufacturing and assembly in space will improve the way we utilize space, build infrastructure, and enable humanity to create the structures and assemblies required to explore new worlds.

Redwire has developed Archinaut technology as the platform enabling this change by turning space itself into our workbench, free of the need for everything we build today to fit inside a rocket and survive the stresses of launch. The most immediate advantage Archinaut technology provides is the ability to manufacture large structures, on orbit, that could not normally be launched into space. With access to the abundant energy and material resources of the solar system, this will ultimately lead to entire factories in space building satellites and spacecraft that never touch the ground.

While this demonstration itself represents a dramatic increase in capability for existing space missions, Archinaut One signals a future where satellites and spacecraft are designed entirely for their operational lifetimes in space and optimized for on-orbit manufacturing, assembly, and servicing.

An innovative derivative of the Archinaut technology system is the Optimast™ boom manufacturing system, a self-contained, scalable machine capable of producing microgravity-optimized linear structures on-orbit. Optimast-built booms scale to lengths of tens of meters even on small satellite platforms and have the added versatility of being tailored to the exact stiffness and deflection tolerances of a mission without excess structural mass.

This unprecedented capability enables on-orbit construction of large space-based observatories and large reflectors or antennas for both civil and defense-related space missions at total mission costs an order of magnitude less than more traditional satellite architectures.

Today, space-based telescopes and observatories are constrained by size and mass. These factors are circumvented by new technology like Optimast™. Traditional methods of deployment utilize structures that are not substantial enough to maintain specific data collection positions or they are too expensive to launch due to excessive mass.

Redwire is leveraging its own robotic manufacturing and assembly capabilities to develop a first-of-its kind space-based observatory, Optimast™ SCI (Structurally Connected Interferometer), to enable cost-effective space-based interferometry. Space-based observatories,  built on-orbit, would not be limited by the size of the launch vehicle, nor would they have to survive launch fully assembled. Manufacturing the support structure on-orbit from a single, small satellite decreases the total mass of the system and also allows for more precise data collection for the telescope.

Once the satellite is delivered to its intended orbit, Optimast™ can manufacture and deploy two 10-meter or larger beams with outboard mirrors on each end for the purposes of interferometry, the scientific practice of merging two sources of electromagnetic waves (e.g. light or radio waves) from a single object and collecting data on that object from analyzing the patterns those merged waves create.

Long baseline space interferometers could penetrate deeper into space with greater precision than Earth-based telescopes due to lack of atmospheric interference, superior angular resolution, and 10,000 times greater time on target. Compared to existing or anticipated space-based facilities, such as the venerable Hubble Space Telescope, the resolving power of the system is 1-2 orders of magnitude better.

This enables world-class space science ranging from astrophysics to planetary science to Earth observation at a variety of scales, even up to the next generation of NASA flagship missions after the Hubble and James Webb Space Telescopes are retired.

Long baseline interferometry enabled by Optimast™ could allow scientists to collect data on protostellar disks, find protoplanets hidden in dustfields, and resolve questions surrounding the origin of light from merging galaxies. These instruments can also be used to measure the physical conditions surrounding the nuclei of nearby galaxies and characterize Main Belt asteroids that are not visible from the ground.

Redwire and NASA are conducting critical work to demonstrate Optimast’s capability. Optimast™ is currently in a Phase II SBIR project that culminates in a full-scale ground demonstration of the combined optical and structural system. This will demonstrate the ability to utilize extended structure manufacturing for long-baseline interferometry on smallsats and enable near-term applications in astrophysics, asteroid detection and characterization, and space situational awareness. Since this platform is flexible, it can be molded into the configuration of subsystems necessary to achieve the specific mission objectives.

Optimast™ also enables the manufacturing of large reflectors and antennas in space, which has implications for space-based radar systems and high throughput communications. Spaced-based radar systems are used in a variety of applications, including navigation, intelligence, maritime domain awareness, and lunar and planetary science. Currently, reflectors and antennas utilized by these systems are limited in size by the launch vehicle’s capabilities.  Further, with the launch of larger, complex structures comes escalating costs.

By augmenting small satellites after launch with booms and antennas manufactured and integrated on-orbit, small satellites are able to perform at the same level as much larger satellites, at an affordable cost. In the case of telecommunication systems, for example, these larger apertures significantly increase the gain of the radio frequency antenna without requiring stronger (and, thus, more expensive) ground transmitters. Robotic integration of the antennas onto manufactured booms reduces the mechanical complexity and related mission risk of reflector-boom assemblies.

Robotic manufacturing and assembly capabilities, as demonstrated through the Optimast™ program, signal a technological leap that will introduce affordable, nimble, and sustainable platforms to provide an unobstructed view of the universe. NASA’s investment in these commercially-developed capabilities could significantly reduce the cost of its explorer class missions and enable more science and ultimately new discoveries that increase our understanding of the universe.

These satellites could host high-powered instrumentation, prototype payloads, or multiple payloads. With increased power generation also comes the ability to utilize electric propulsion and other high-powered applications on orbit. The increased power and volume availability allows missions to migrate from larger to smaller buses, creating a 70-75% savings in launch costs.

The satellites currently used for these operations could be augmented or upgraded using Optimast™ or other  Archinaut-enabled technology. Smaller satellites could be equipped with assets normally reserved for larger structures, providing more power and enabling more scientific output. Utilizing robotic manufacturing and assembly for these missions would also alleviate the cost burden of launch.

To advance humanity’s understanding of the cosmos, we need to continue to develop better, sustainable tools. Leveraging commercial innovations is critical to building the advanced assets and infrastructures needed for the future of space exploration.

Robotic manufacturing and assembly capabilities, as demonstrated through the Optimast™ program, signal a technological leap that will introduce affordable, nimble, and sustainable platforms to provide an unobstructed view of the universe. NASA’s investment in these commercially-developed capabilities could significantly reduce the cost of its explorer class missions and enable more science and ultimately new discoveries that increase our understanding of the universe.