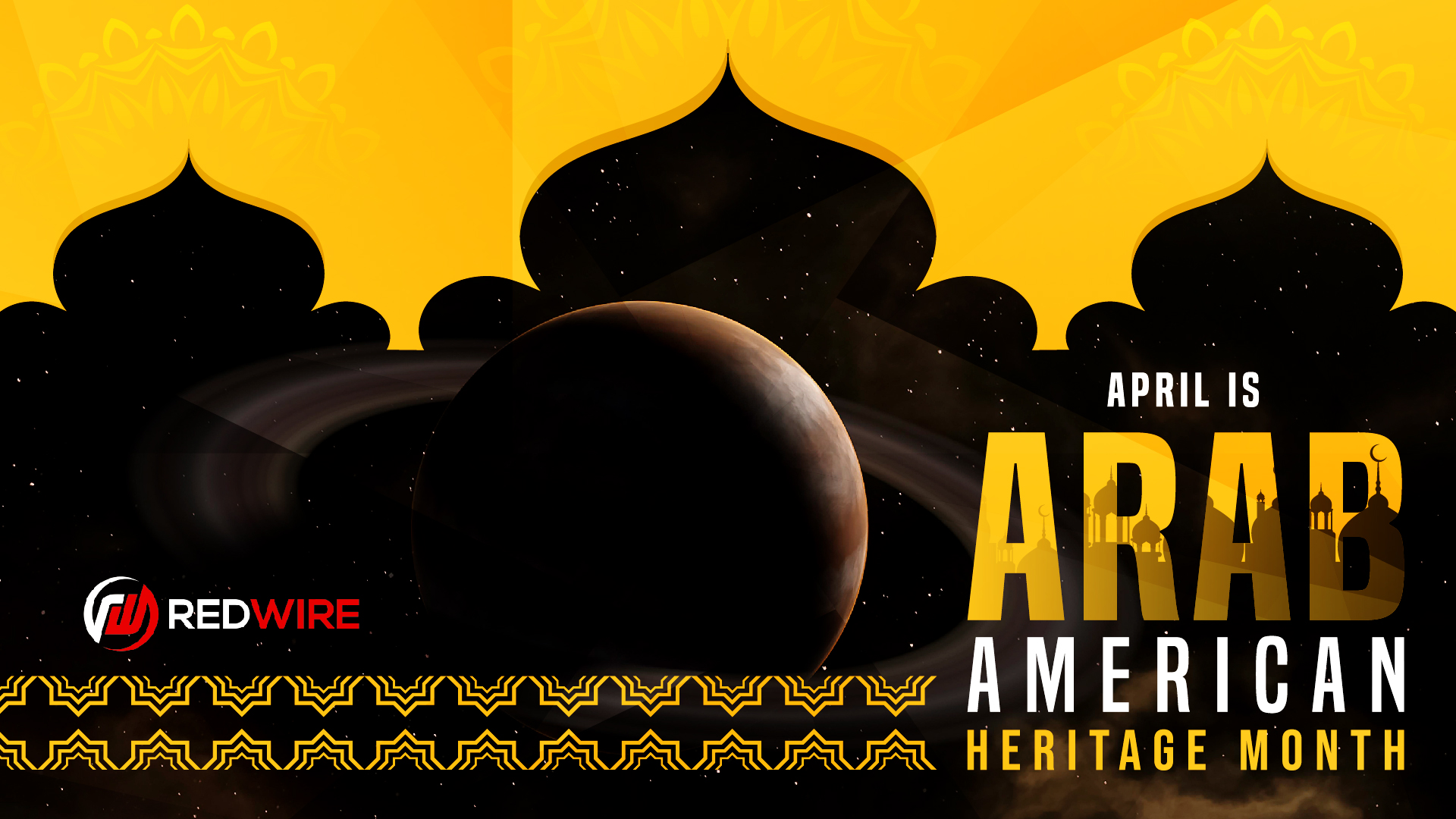 This month, Redwire recognizes National Arab American Heritage Month and honors the contributions of this diverse community to the aerospace industry and beyond. Redwire strives to be inclusive and recognizes that diversity is critical in the workplace and our relationships, and we look forward to exemplifying this in our daily interactions and celebrations of heritage months.

There have been countless influential Arab Americans in the aerospace industry’s history and many are significantly contributing to the industry today. One notable example is Dr. Farouk El-Baz, an American geologist and pioneer of space photography. Dr. El-Baz is known as the “Father of Remote Sensing” and an excellent storyteller. To celebrate Arab American Heritage Month, Redwire’s Mike Gold, Executive Vice President of Civil Space and External Affairs, spoke with El-Baz, who shared insight into his journey in the industry and what inspires him with the Redwire team. He discussed testing the first GPS and how he taught Apollo astronauts how to identify landmarks on the Moon. He also shared his insights on what the upcoming NASA Artemis missions should look for on the Moon’s surface and how he got a shuttle in Star Trek: The Next Generation named after him.

In his talk, Dr. El-Baz discussed working on the Apollo missions. “I laid out 2,200 images of the Moon, cleaned off the dust, organized them in piles, and we sat down and summarized what was in each image. It took four and a half months,” said El-Baz. “When I was done, I said if we want to sample all the different kinds of features on the Moon, where do we go? And we narrowed it down to 16 sites.”

Dr. El-Baz was born in Egypt and worked with NASA in the scientific exploration of the Moon and planning the Apollo program. In 1958, he received B.S. degrees in chemistry and geology from Ain Shams University in Cairo, Egypt. He later received an M.S. in 1961 and a Ph.D. in 1964 (Missouri University of Science and Technology and MIT). In 1967–72 he participated in the Apollo Program at NASA Headquarters as Secretary of Lunar Landing Site Selection Committee, and as Chair of Astronaut Training in Visual Observations and Photography. In 1973–82 he established and directed the Center for Earth and Planetary Studies at the Smithsonian Institution’s National Air and Space Museum in Washington, D.C. At the same time, he served as Science Advisor to the late President Anwar Sadat of Egypt. He is a member of the National Academy of Engineering and its committee on the Grand Challenges for Engineering.

Dr. El-Baz was a leading geologist on the Apollo program, responsible for studying the geology of the Moon, selecting landing sites for the Apollo missions, and training astronauts in lunar observations and photography. He even came up with the idea of touchable Moon rocks at museums around the country, which was inspired by his childhood pilgrimage to Mecca where he touched the Kaaba, or Black Stone.

Watch the full conversation between Mike Gold and Dr. El-Baz below:

Other Influential Arab Americans in Aerospace

In addition to Dr. El-Baz, there are many Arab Americans making a difference in the aerospace community today, as well as those who formed the foundation of the industry in the past. We are highlighting a few other out of this world figures in the aerospace industry that have made a difference and proudly represented their heritage.

Jasmin Moghbeli is an U.S. Marine Corps test pilot and NASA astronaut of Iranian descent. She was selected as an astronaut candidate in 2017 and graduated to active astronaut in January 2020. She is currently assigned technical duties in the exploration office, where her primary focus is on the development of the Human Landing System. She has been selected as commander of the NASA SpaceX Crew-7 mission to the International Space Station which is expected to launch no earlier than 2023.

Teacher and NASA astronaut Christa McAuliffe was chosen from more than 11,000 applicants to participate in the NASA Teacher in Space Project in the 1980s. The granddaughter of a Lebanese immigrant of Maronite descent and the great-niece of Lebanese American historian Philip K. Hitti, McAuliffe was to be America’s first “civilian astronaut.” Tragically, McAuliffe was killed in the Space Shuttle Challenger explosion in 1986, but her legacy as a courageous educator was cemented when she was posthumously awarded the Congressional Space Medal of Honor.

James Jabara, the son of Lebanese immigrants, was the first American jet ace in history. He fought in World War II and the Korean War, and actively promoted aviation his entire life. Jabara held a series of commands at various Air Force bases across the United States and flew the Lockheed F-104 Starfighter and Convair B-58 Hustler.

At Redwire, we celebrate heritage months to recognize the diverse voices and cultural backgrounds that represent the company’s employees and the accomplishments of a diverse team doing amazing work in the aerospace community. Without the influential contributions of Arab Americans in the aerospace industry, we would not be on the cusp of a new age of aerospace and aviation as we move forward in our mission to ensure humanity’s expanded presence in space: on the Moon, Mars, and beyond.