A Legacy of Innovation: Off-Earth Manufacturing Technology on the International Space Station 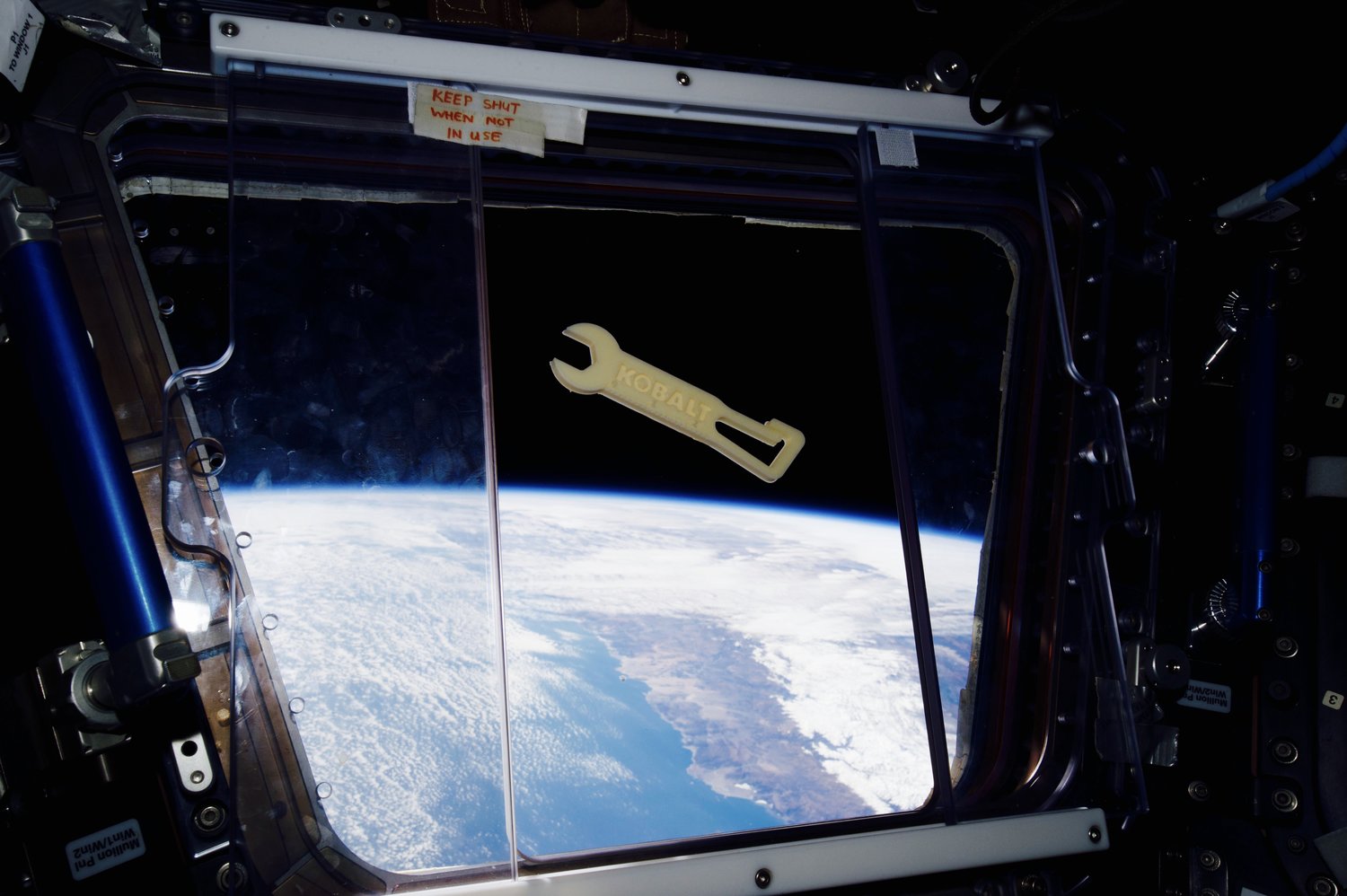 This month marks 20 years of continuous human presence in low Earth orbit (LEO) onboard the International Space Station (ISS). The space station serves as a one-of-kind orbital laboratory supporting scientific research and technology development in a unique microgravity  environment. The research done on the ISS has expanded humanity’s scientific understanding  and station’s legacy will influence space exploration for generations to come. It is a legacy that speaks to the power of collaboration, perseverance, and vision to birth transformative breakthroughs to advance human exploration.

Over 3,000 experiments have been conducted on the space station, ranging from human health investigations to 3D printing. These investigations focus on improving our understanding of the physiological impacts of long-duration spaceflight to help future explorers go farther into the solar system and delivering new technology and scientific insights to make life better here on Earth. The ISS has also been vital in attracting private companies to LEO to do work not focused on human exploration, opening the door for LEO commercialization and bolstering a growing space economy that has never been more accessible.

Made in Space (MIS) and Redwire are honored to be part of the space station’s legacy. To date, MIS has flown five manufacturing facilities to ISS and, with NASA, manufactured the first object in space, ushering in a new era of off-Earth manufacturing.  We look forward to more breakthroughs and discoveries on ISS, and to being part of the new, exciting era of exploration and commercial space it has catalyzed.

An Incubator for Groundbreaking Technology

The MIS legacy aboard the ISS started with the 3D Printing in Zero Gravity Experiment, a collaboration between NASA and MIS. The purpose of 3DP was to demonstrate the viability of 3D printing in microgravity.  The successful 3DP demonstration  led to the first commercial 3D printing facility, the Additive Manufacturing Facility (AMF), on board ISS. To this day, it has been used by numerous customers and has printed over 200 tools, assets, and objects in space.

The capability enabled by AMF is critical for the future of human spaceflight. The ability to manufacture on demand increases the reliability of long-duration missions and also makes human spaceflight missions safer, providing additional flexibility in responding to situations that threaten a mission. Long term, these capabilities are crucial to enabling sustainable human presence in space that is not reliant on resupply from Earth. Developing this pathfinder technology also enabled the company to expand its technological roadmap, and has been a gateway for further ground-breaking innovation.

Commercialization and The Dawn of Space-Enabled Manufacturing

The ISS houses a vital ecosystem for commercial companies, like MIS, to develop and mature business models that have yielded exciting new commercial capabilities in LEO.

Using the ISS, MIS has been able to develop space-enabled manufacturing capabilities. These capabilities involve leveraging the microgravity environment to manufacture materials that are far superior to their terrestrial counterparts, offering a clear pathway to commercial activity on ISS and, in turn, LEO.

One example of this is ZBLAN optical fiber, which MIS has been working to manufacture on ISS with the Made In Space Fiber Optics (MIS Fiber) machine since January 2018. MIS Fiber can produce an optical fiber orders of magnitude better than what can be produced on Earth. This fiber has many applications, including transatlantic telecommunications, high-speed internet, lasers, as well as enhancing technologies in space. Space manufacturing of ZBLAN as a commercial product line is core to our vision of industrializing LEO.

The recently launched Ceramic Manufacturing Module (CMM) introduces both an innovative new manufacturing capability on-orbit and a new material medium to fabricate with. Manufacturing in the microgravity environment could enable temperature-resistant, reinforced ceramic parts with better performance including higher strength and lower residual stress, due to a reduction in defects caused by gravity, such as sedimentation and composition gradients that occur in terrestrial manufacturing.

MIS will continue to leverage the ISS to investigate more advanced space materials for terrestrial markets. Next year, two more space-enabled manufacturing facilities will launch to the ISS, the Industrial Crystal Facility (ICF) and the Superalloy Casting Module (SCM). ICF and SCM will explore the benefits of producing crystals,  exotic materials, and superalloys in microgravity and how they compare to their terrestrial counterparts.

These projects focused on advanced materials engineering expand the utilization of the ISS into new product areas not previously investigated. The ISS National Lab serves as an ideal platform to explore these materials. For example, the microgravity environment of the ISS allows us to explore whether industrial crystals can be grown in microgravity to larger sizes and/or improved quality as compared to terrestrial sources.

These space-enabled materials can have a significant impact on the machines and systems that use them here on Earth and present potential for important commercial activity in LEO catalyzed by the ISS as a platform to iterate and grow this technology.

A Nexus Point for Humanity’s Future in Space

The ISS has been a platform for developing the critical technology needed for humanity to take the next step in space exploration, enabling us to venture farther than ever before.

The ISS has been, and continues to be, a valuable asset to the intricate space exploration tapestry. Discoveries and advancements made on ISS are helping humanity put the first woman and next man on the Moon before reaching Mars, while also making life better right here on Earth.  The ISS has been integral in so many ways to the future of humans sustainably exploring,  living, and working in space.

Over the last 20 years, the ISS has enabled the permanent presence of humans in space. However, it has also supported much more than that. The ISS has helped spark a new era of space exploration and commercial development, one that will see humanity create a vibrant LEO economy, return to the Moon, and travel to Mars and beyond.

Related articles: The Promise of Tomorrow: Building a Sustainable Future for Humanity in Space